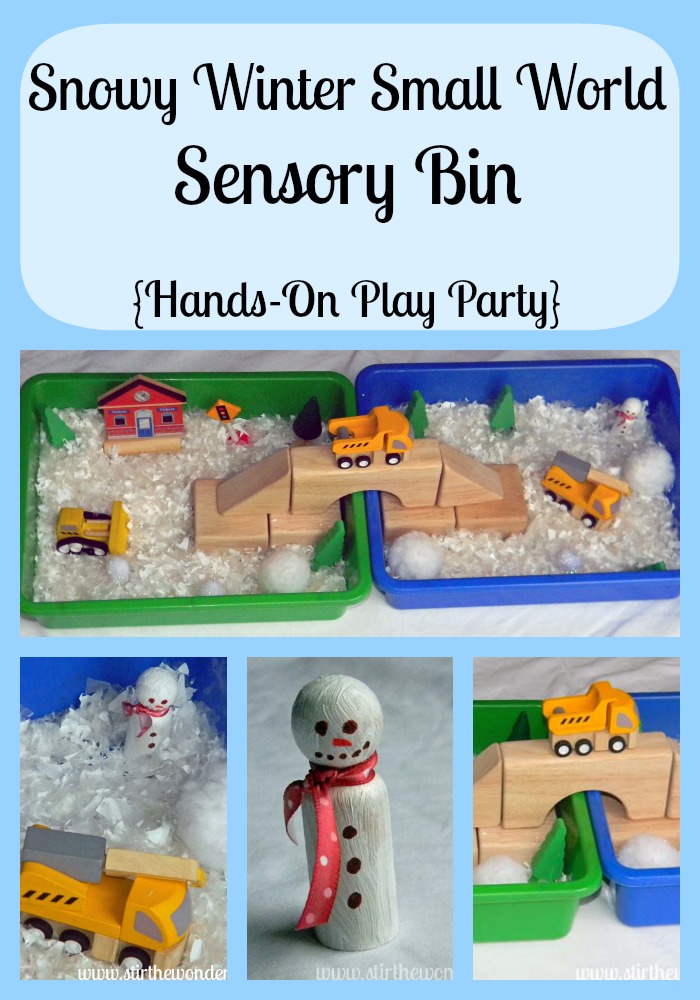 I knew I wanted to put together a winter small world sensory bin for Caden this season but wasn’t quite sure what it would look like. I picked up some artificial snow (which is actually just shredded bits of thin white and clear plastic) at a craft store after Christmas and used it in the I Spy Three! Sensory Bin. For this bin I wanted to use a shallower container but I didn’t have one big enough for what I had in mind. So I used two small shallow containers and connected them with a bridge made using our new wooden blocks. I filled in around the bridge with the artificial snow and then looked around for what else we had that Caden would enjoy in this bin. 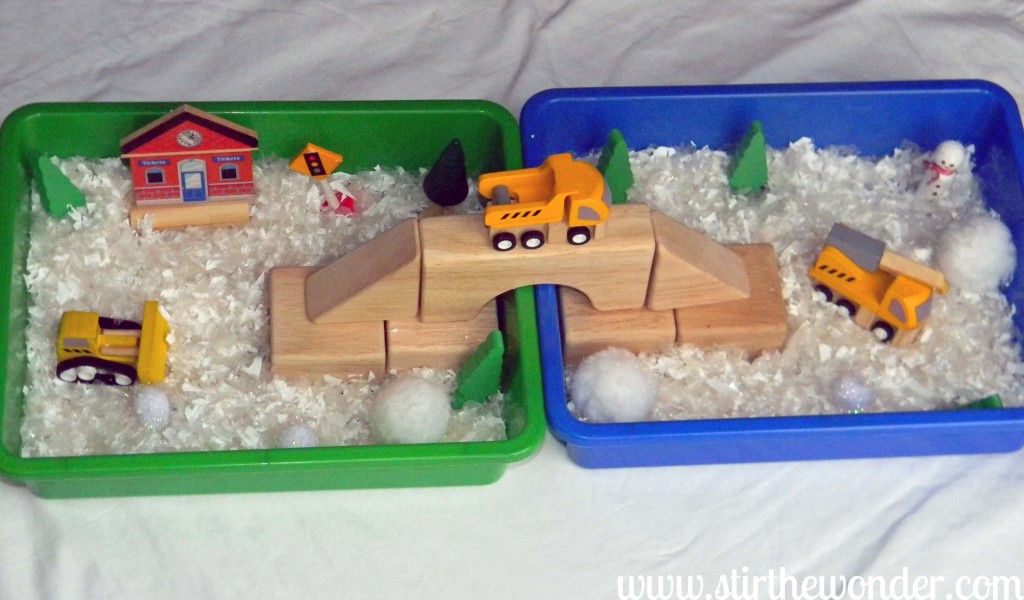 We had these Plan City wooden trucks (which we got for a steal at a local flea market!) that rarely get played with so I added in some trucks and some wooden trees from our wooden train tracks set. I also added the wooden train station and road signs from our train set. 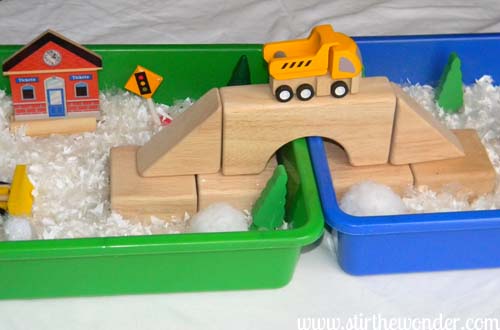 I had an unused wooden peg, that I decided to paint white and turn into a snow man. He is adorable with his ribbon scarf and hand drawn face and buttons! 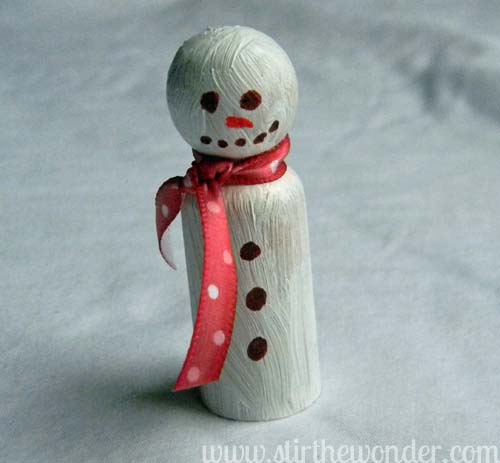 Caden has enjoyed playing with this snowy winter small world sensory bin over the last couple of weeks. The artificial snow is so soft and fluffy and he loves to use his trucks to push it around.