This past week we started a new homeschooling curriculum called Before Five in a Row. The premise of this curriculum is to read the same book each day and do some fun lessons and activities. The first book we have chosen to read is The Carrot Seed by Ruth Krauss (affiliate link). Much to my surprise Caden is enjoying this very simple book and we have done quiet a few art projects inspired by the book. 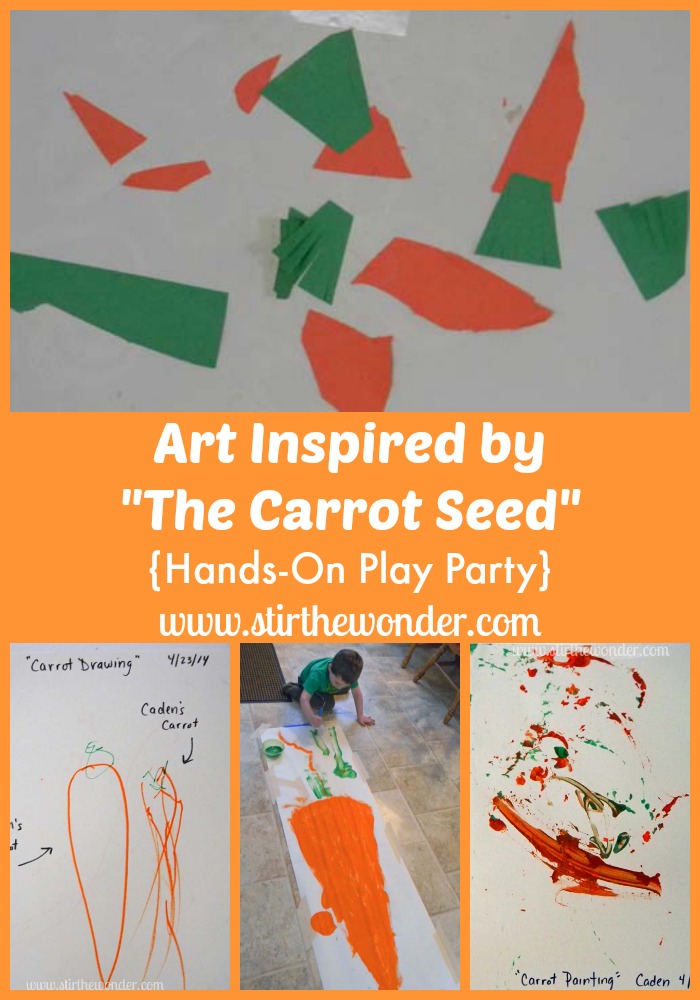 Creating works of art is a great, hands-on way for young children to work on fine motor skills, practice color recognition as well as the name of shapes. While creating these projects Caden and I reviewed the shape of carrots (triangles), the colors orange and green, and practiced using scissors, holding writing utensils, painting and gluing. Using different art materials is also great for sensory input! 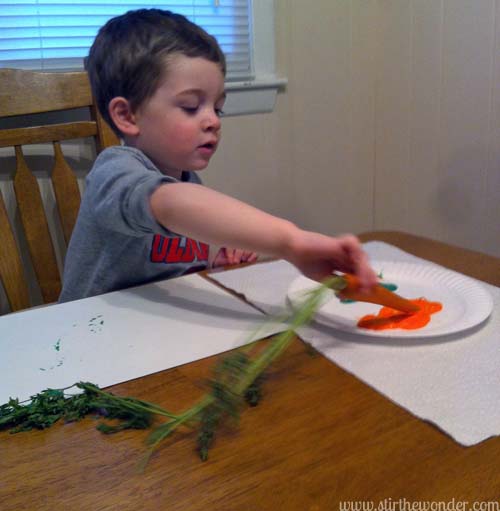 Art Inspired by The Carrot Seed

The first art activity that we did was painting with carrots. I set the table up with white paper, some orange and green paint and a fresh whole carrot including the leaves. Caden explored the carrot and the paint on his own before I made the suggestion to use the carrot leaves as a paint brush. He wasn’t so sure about this, but did try and created an interesting, abstract work of art. 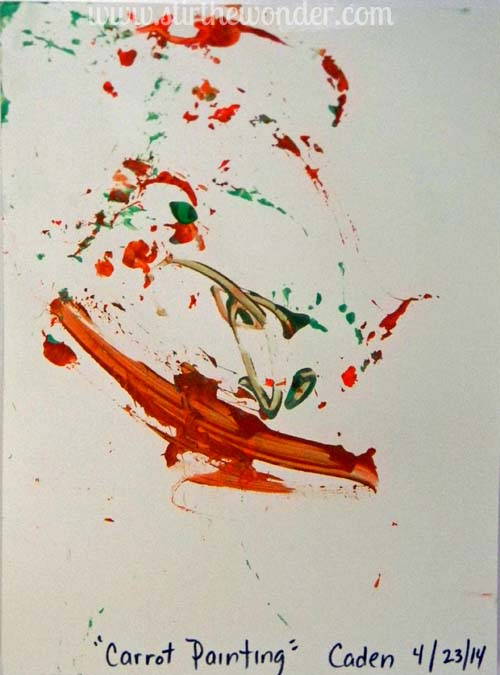 After doing the “Carrot Painting”, Caden wanted to use his markers to draw carrots. I was thrilled that he suggested his own creative idea and quickly gave him a piece of blank white paper and his markers before he changed his mind. 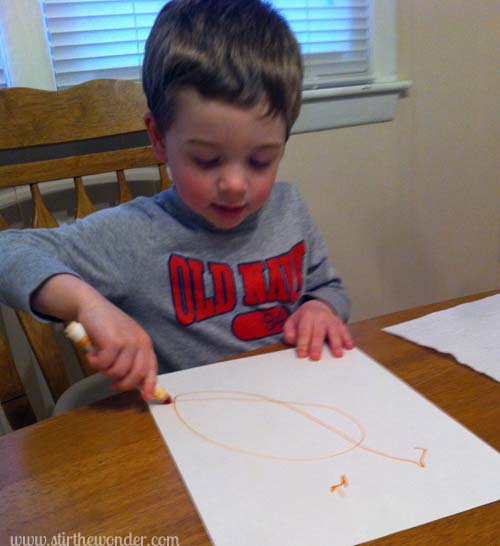 He attempted to draw a carrot on his own, but was easily discouraged when it didn’t look like a carrot. Caden asked me to draw a carrot. After my attempts to encourage him to try again failed, I drew an outline of a carrot with orange marker and thought that he would at least like to color it in. When I handed him back the piece of paper instead of coloring in the carrot I drew, he drew his own carrot. I guess he just needed to see how it was done to feel confident that he could draw his own. 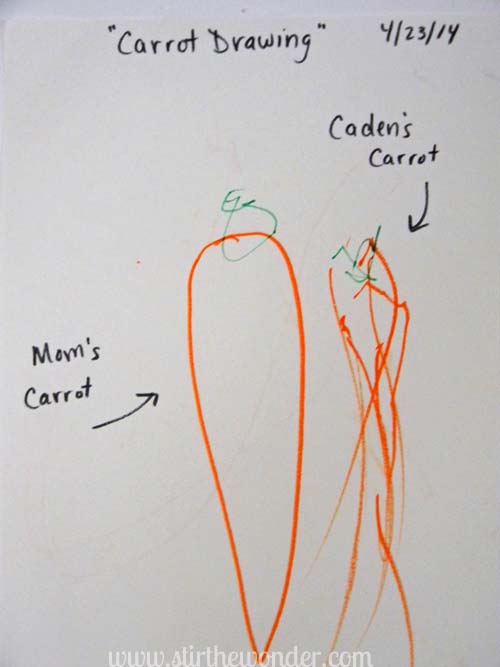 I just love Caden’s drawing of a carrot! I think it looks much more realistic than my cartoon-y carrot don’t you?

After Caden had cut up enough orange triangle shapes, I gave him a glue stick to glue the shapes on to a white sheet of paper. As he was gluing I cut up some green carrot tops for him to glue on. I think this collage turned out pretty cute! What do you think? 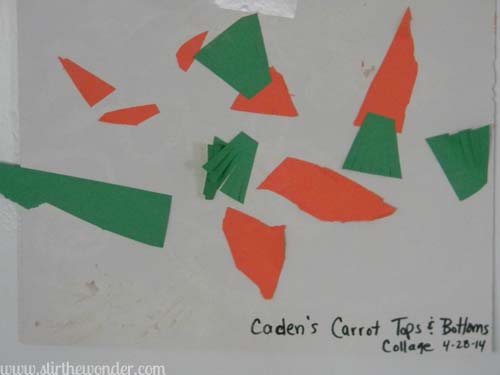 After Caden had finished his collage he was still asking for “more fun things” to do, so I set up a large sheet of paper on the kitchen floor, drew out a large carrot, and gave Caden some orange paint and a paint brush to paint a big carrot just like in the book! 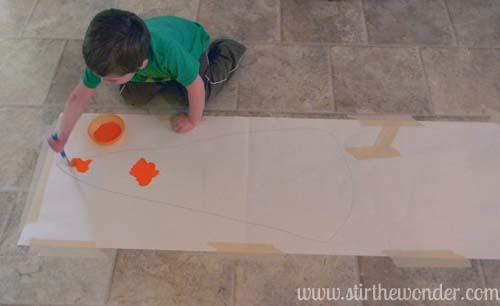 Caden did a great job paint mostly within the lines of the carrot and I had some fun painting too!


Looking for more Hands-On Play ideas? Link up and check out some great ideas below!

Loose Parts and Mirror Play from P is for Preschooler

« Freight Train Bath
What is a Folktale? Introduction to the Poppins Book Nook Theme for May »