Are you having a difficult time teaching your preschooler the alphabet? Games are really great ways for preschoolers to play and learn at the same time! Lately I’ve had lots of fun coming up with simple games to play with my preschooler to help him learn to recognize the letters of the alphabet!

Cover a letter games are a very simple concept. You have a die, spinner or use flashcards containing the letters you want your child to practice and then set up a game board with those letters scattered all over. The object of the game is for the players to cover all the letters.

To make this game you’ll need some paper plates, a black marker, and some spider stickers or plastic spiders. Then simply draw a spider web on the paper plate with black marker and write a letter in each section of the spider web. We are only practicing the first six letters so, some of the letters are on the game board twice.

To play, each child or player takes a turn rolling the letter die and covering one letter each turn. The player who covers all the letters on their spider web game board is the winner. This is a very quick game, since there are only about eight letters on each game board (depending on how you make the game).

I made two game boards, one for my son and one for me, but this game could also be played individually or with a group. You just need to make more spider web game boards and have enough spiders for everyone!

More from Stir the Wonder 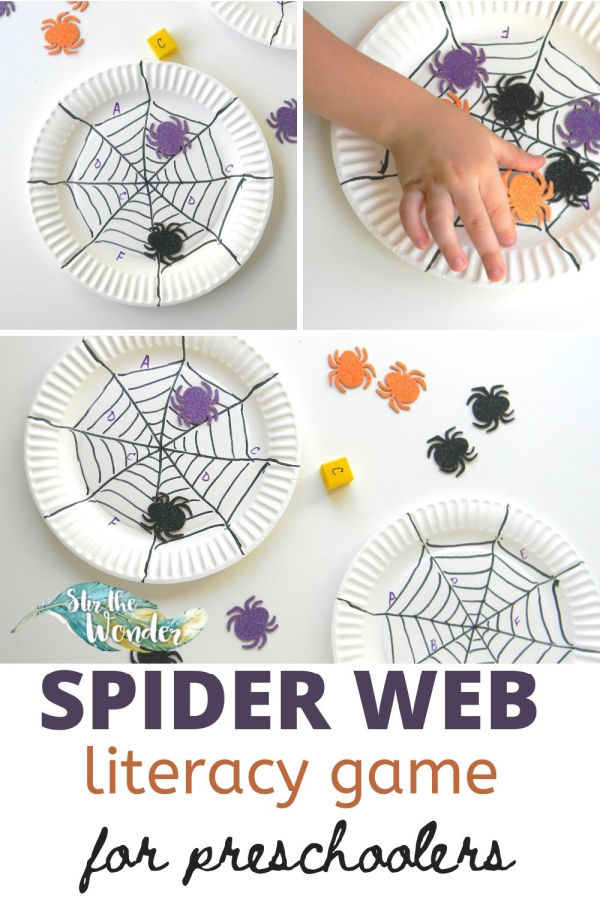 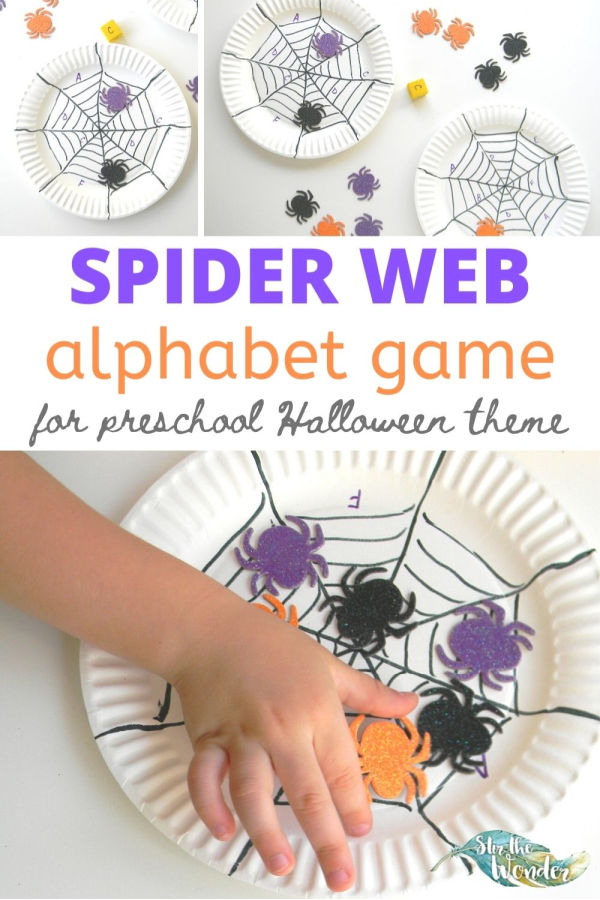 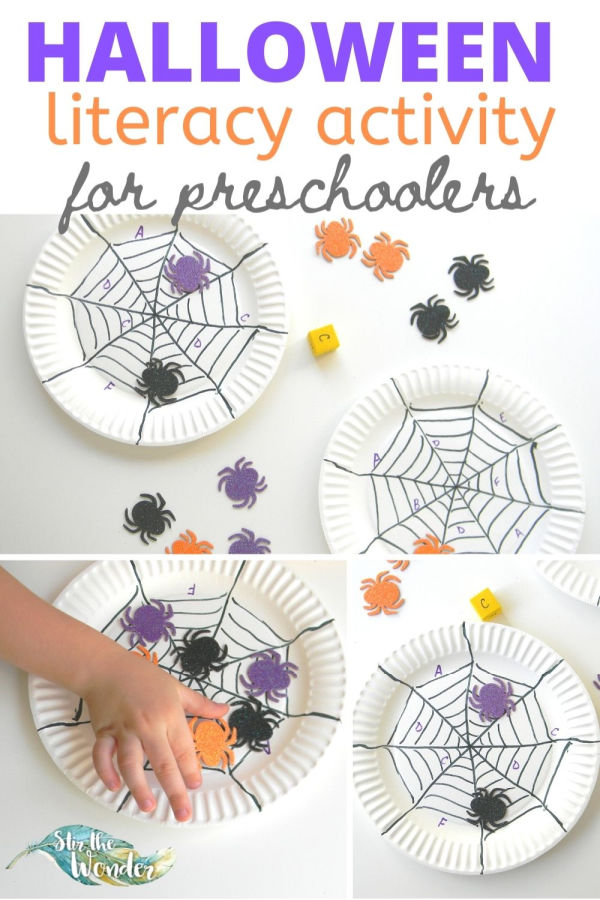 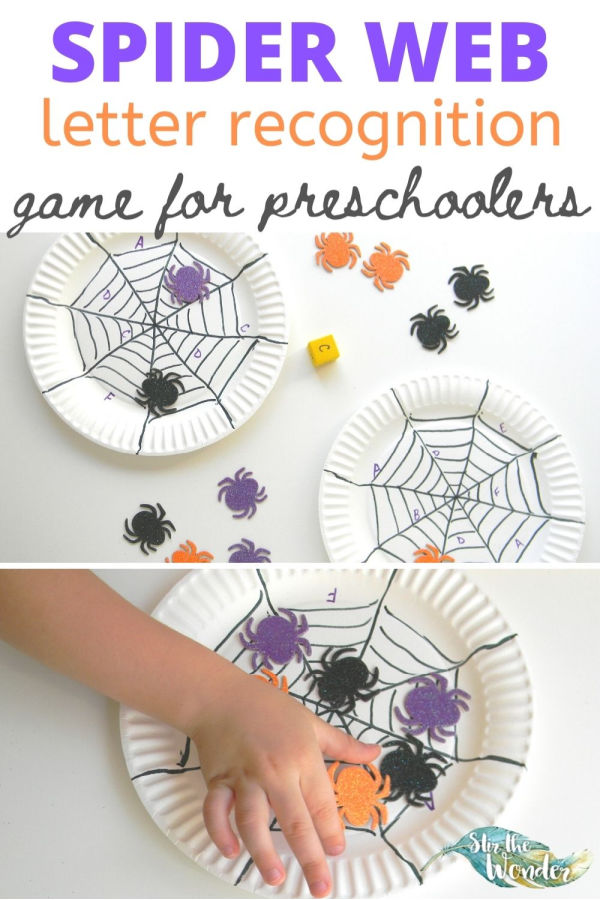