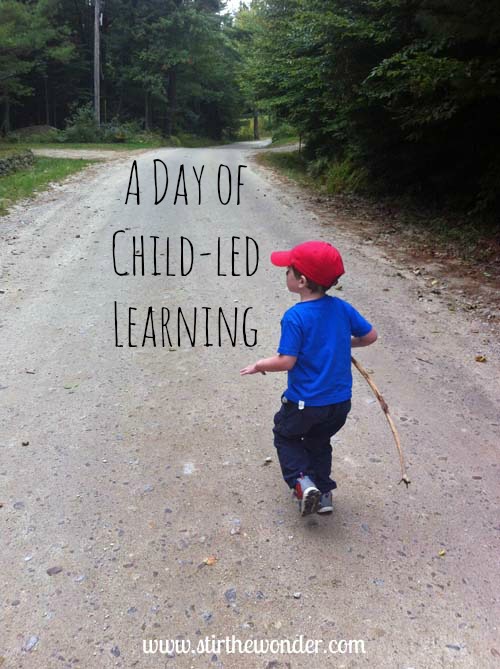 The day began around 7 am when Caden wakes up. In the early morning Caden has breakfasts while watching cartoons and hangs around with his dad. Sometimes they play with games, toys or puzzles; other times they go on the computer and watch videos on YouTube. 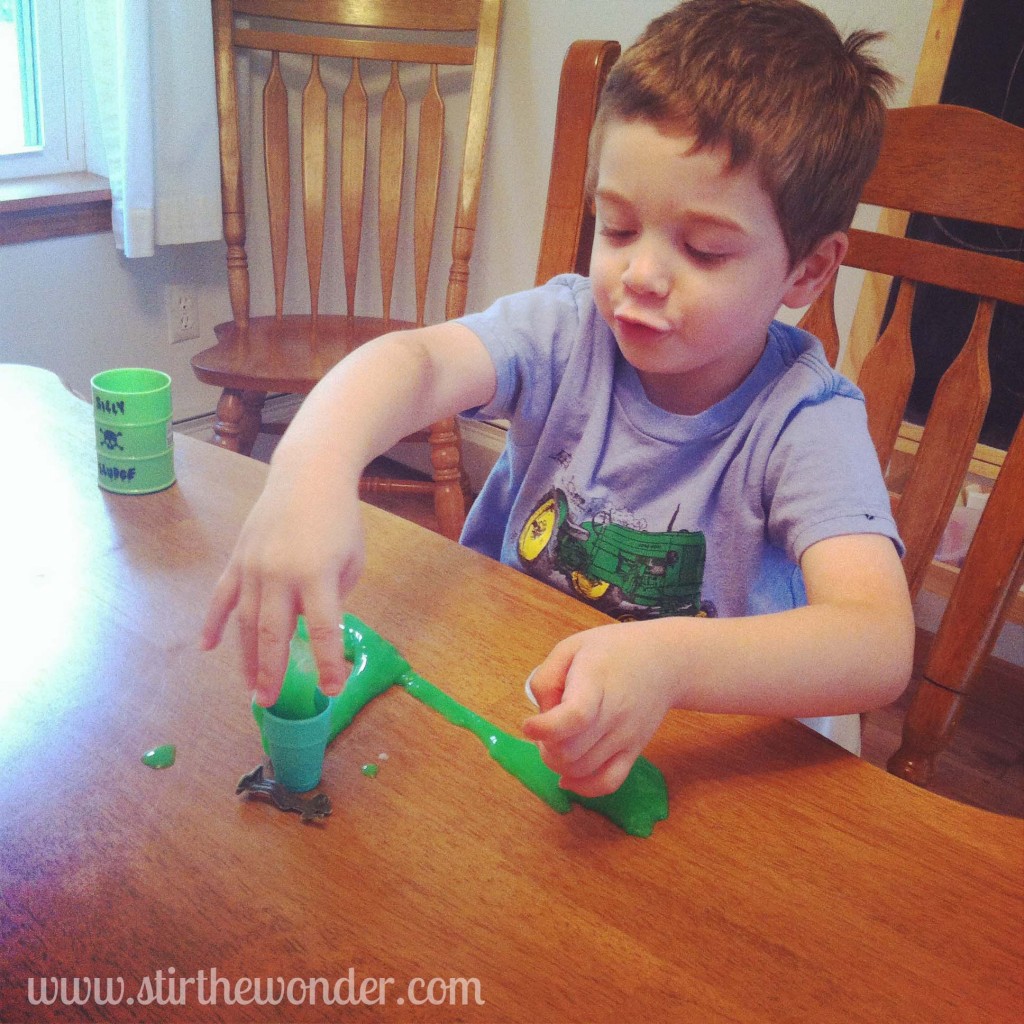 Then around 9 am after Daddy left for work, Caden did some sensory play with slime and a couple of small toys at the kitchen table while I ate my breakfast and watched the news. It was nice to sit down and eat uninterrupted, while thinking of what we could do that day. Plus he really enjoys playing with slime and making a big mess!

While he played with the slime I set up an activity to go along with his request to learn more about spiders from the night before. I dug out some white yarn and our little plastic bugs from Safari ltd. Together we made a spiderweb using a wooded tray and some white yarn. We also wrapped up some bugs with the yarn just like a spider would!

After he was done playing with the spider and bugs, I read ‘The Very Busy Spider’ by Eric Carle. Then I suggested we go outside to hunt some real spiders! So out we went searching the yard for spiders! We found a daddy long-leg spider on the front steps and after observing it for a few minutes it scurried away and I suggested we go for a walk to the pond down the road. 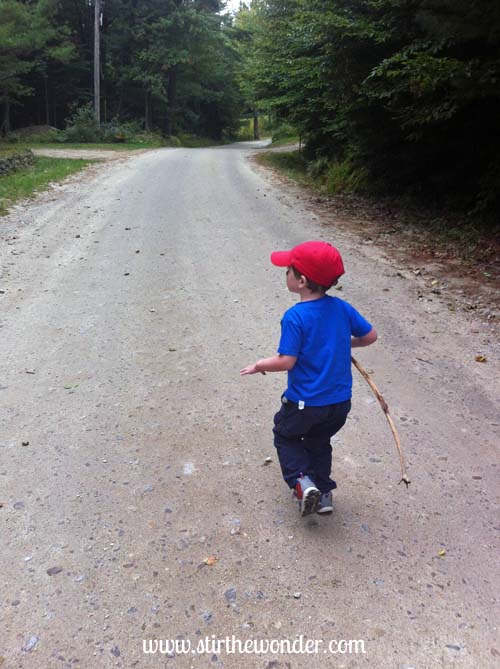 We enjoyed a nice, short walk down the road to the pond. Caden lead the way, jogging the whole time and occasionally check up on me with a “You okay back there?”. When we got down to the pond, I spotted something interesting on the side of the road and pointed it out to him. It was a Banded Woollybear Caterpillar! I was so excited to see one as I hadn’t seen many when we lived in Rhode Island! 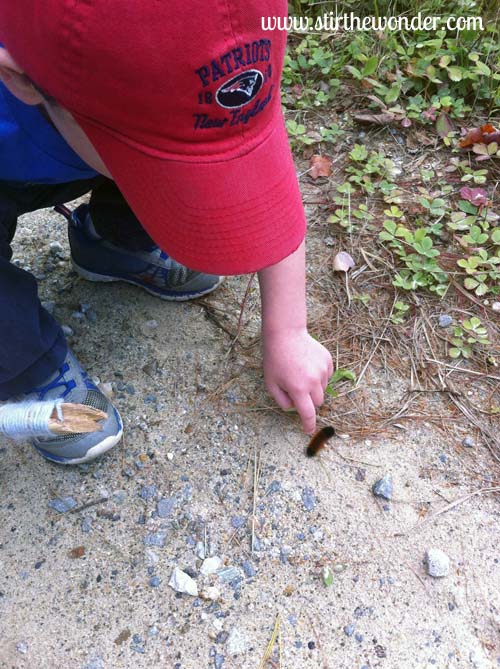 At lunch time Caden insisted on making his own peanut butter and fluff sandwich! He refused to let me help, saying “I don’t need help.” but he did ask for help when he needed it. For the most part he made it all by himself!

Later that afternoon, Caden said he wanted to paint a car. So he got out the ice cube tray from the closet and asked for a paint brush and green paint. Then he went to his car bin and picked out a car to paint. I was very impressed with his idea to use the ice cube tray for paints as we never used it like that before.

And after dinner since we didn’t get outside that afternoon, we headed outside just before dark and ran around with flashlights! It was fun to go out in the dark for a change! I just wish we had remembered to look at the stars, but we were too busy having fun chasing each other with the flashlights!