We’ve done a lot of alphabet activities lately, and it is really starting to pay off! Caden is quickly learning to recognize the letters and even knows the sounds they make! This Easter Egg Alphabet Sounds Hunt and Sort activity was inspired by the classic Easter egg hunts that all kids love and is a fun game to play with the objects in our Montessori Alphabet Box. 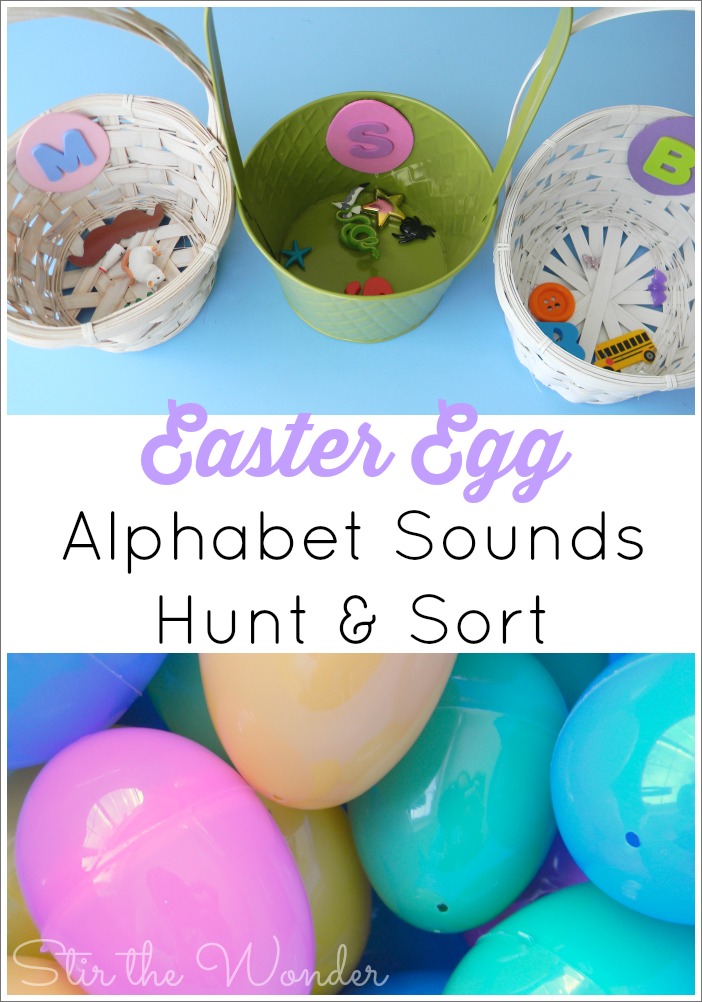 Setting up an Easter Egg Alphabet Sounds Hunt and Sort is really easy! All you need is some plastic Easter eggs, small objects for the sounds you are focusing on, and some baskets to sort the objects. Two or three letters to focus on is all you really need to do. I choose to focus on the letters ‘M’, ‘S’, and ‘B’ because these letters look and sound different from each other, and would be easier for Caden to sort. Using the objects from our Montessori Alphabet Box, I filled the plastic eggs and hid them around the house! 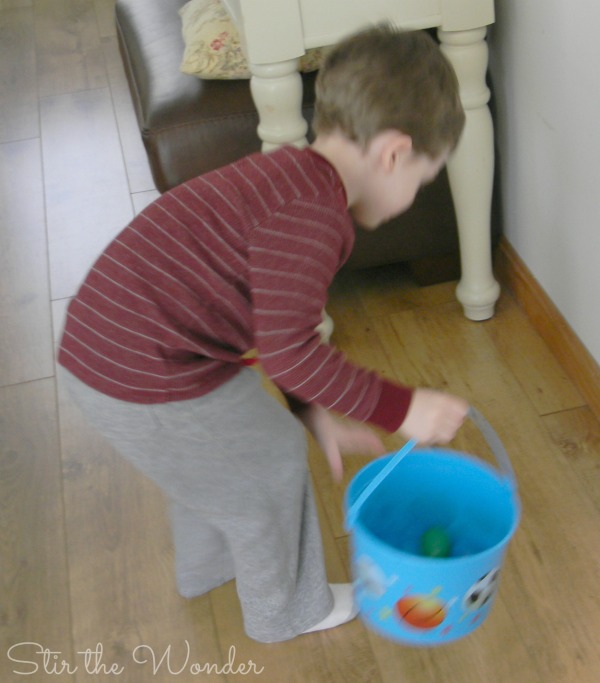 Caden has enjoyed going on Easter egg hunts around the house lately, so I knew this activity would interest him. He didn’t know I put anything in the eggs and kept guessing about what he would find in them as he hunted for the eggs! This was a great way to get him excited about the game! 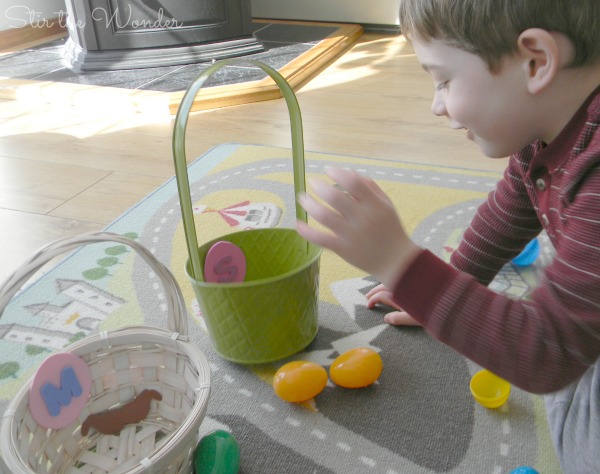 After Caden collected all the eggs, we sat down on the rug to open the Easter eggs up and sort the objects hidden inside into three baskets according to their beginning sounds ( /M/, /S/, and /B/). Caden needed some help with this activity, which I provided by emphasizing the beginning sounds of each object and reminding him of the sounds of each letter. He did very well with the /S/ and /M/ sounds which he knows pretty well now, but had some trouble with the /B/ sounds which isn’t a letter or sound he was as familiar with. I set up the activity this way so he would have confidence in sorting some objects, but also be challenged some too.

For more fun ways to work on alphabet sounds check out our post on Playful Ways to Learn with Montessori Alphabet Box!

Looking for more Easter activities? Check out our Easter Theme board on Pinterest!