Are you getting resistance when it comes to math lessons? Do you need something simple to make math more interesting for your kids? Try using LEGO bricks and mini figures as math manipulatives to make math come alive!

We’ve been using Saxon Math this year for Kindergarten and while it has been a good curriculum over all, lately my son has become disinterested in using some of the more childish manipulatives, such as the teddy bear counters. Do you have a child like this? Maybe you should try replacing the manipulatives with something of interest, such as LEGO bricks! 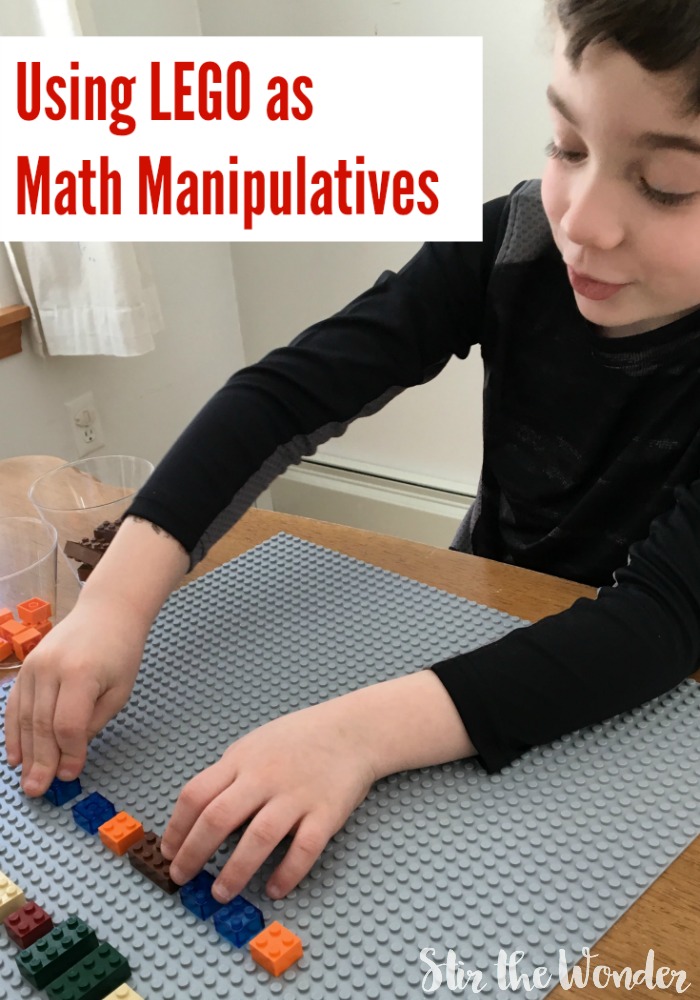 We recently completed a couple of math lessons using LEGO bricks on the request of my son. It was a great idea and I happily adjusted the lessons so we could use LEGO bricks! As long as you have some basic LEGO pieces you can use them to help your children learn math concepts! (This post contains affiliate links.) 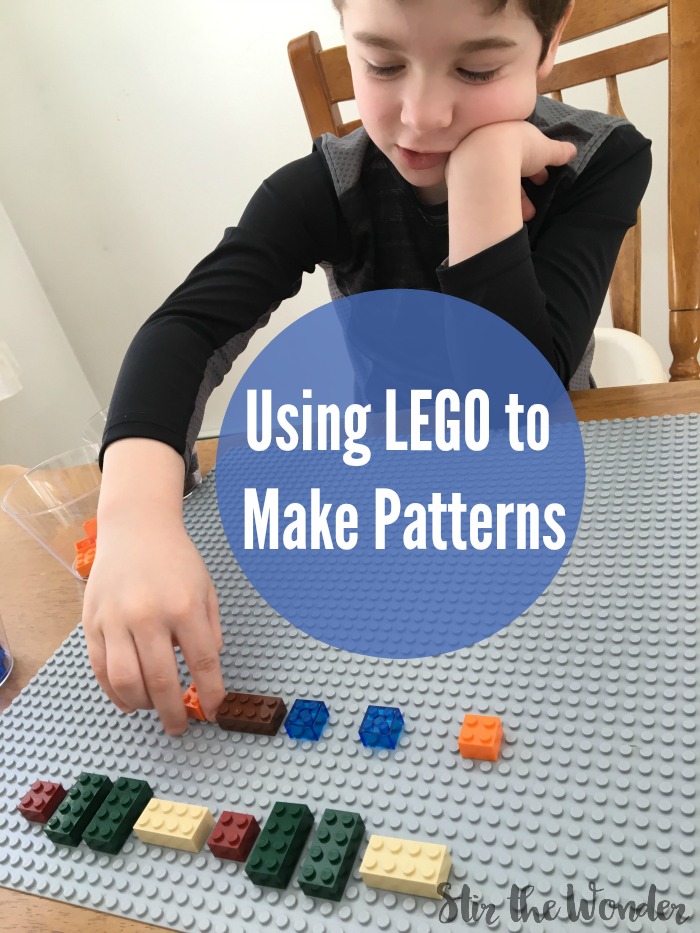 One lesson I used with LEGO bricks was making ABBC patterns. To set up this math activity I simply collected five different types of LEGO bricks, sorted them into cups and set them out with a large base plate. When it was time for the lesson, I demonstrated what kind of pattern I wanted my son to make. Then I  asked him to choose three different bricks and make his own ABBC pattern. 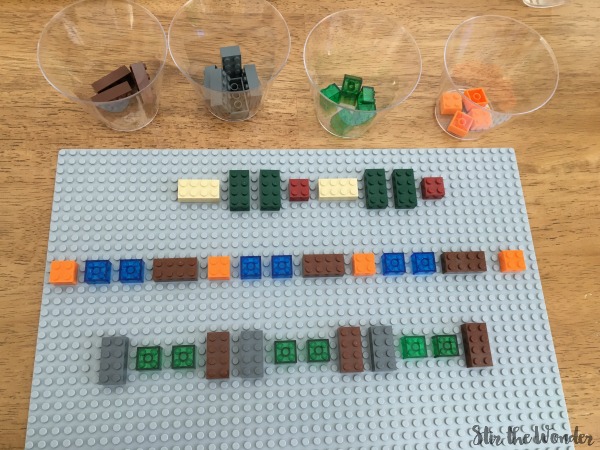 If I had used the pattern blocks as suggested in the lesson book, I probably would seen a lot of resistance, but because I used something of interest for my son, the LEGO bricks, he was eager to create his own pattern and happily did the lesson! 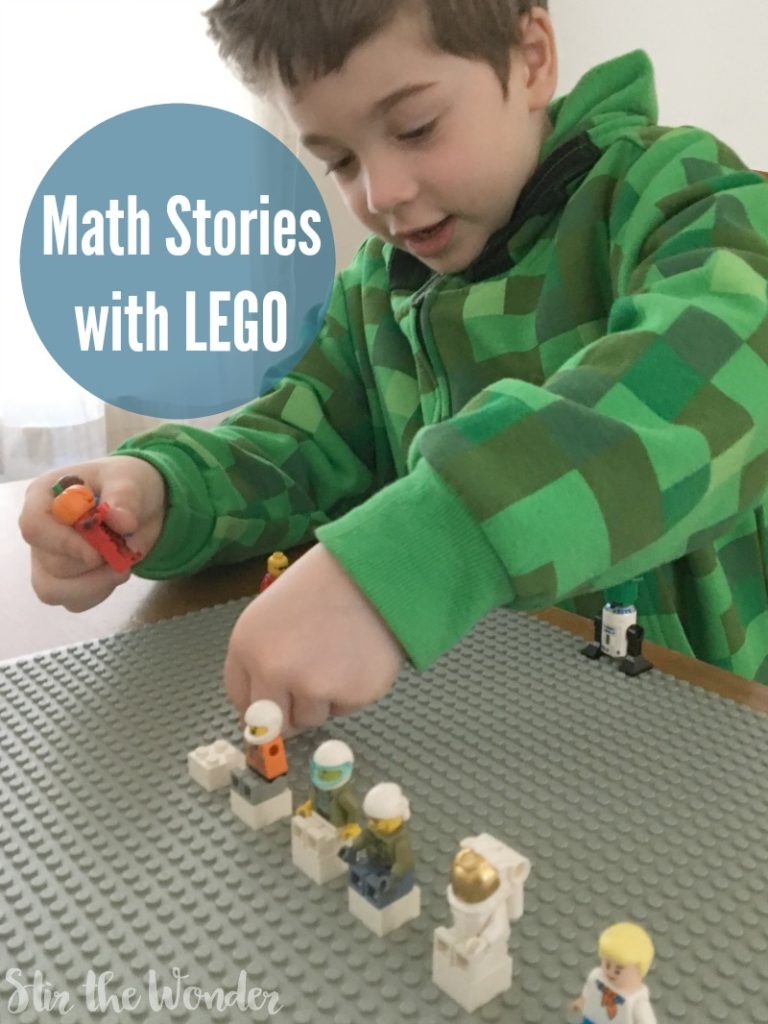 Using LEGO bricks and mini figures to act out math stories is a great way to help your children learn about math in a real, living way. It is so easy to do! All you need is about five mini figures and some bricks, then you can make up a story about the mini figures going to the movies, riding a bus or going to school! As you tell the story, your child can act it out with the mini figures, adding and subtracting them as the story unfolds! It is so much fun and the possibilities are endless! 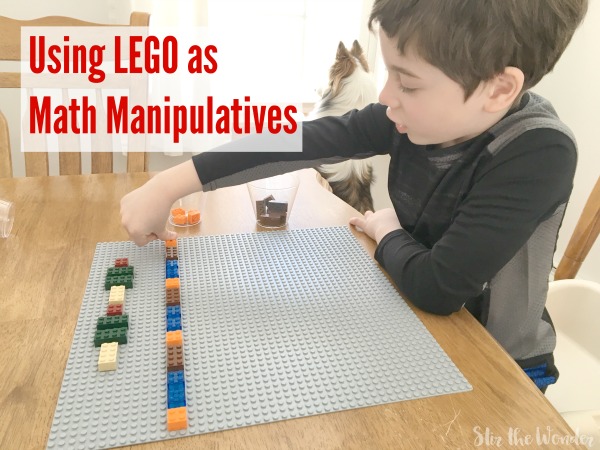 Are you interested in more learning with LEGO® ideas?

Sign up for our NEWSLETTER to stay up to date on all the book happenings and join our awesome Learning with LEGO Facebook group for more educational ideas using LEGO®! 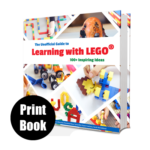 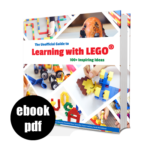 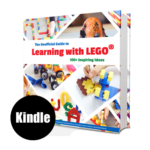 And be sure to check out our new book The Unofficial Guide to Learning with LEGO®! In it are over 100 hands-on learning activities from literacy to S.T.E.A.M. using LEGO® bricks!