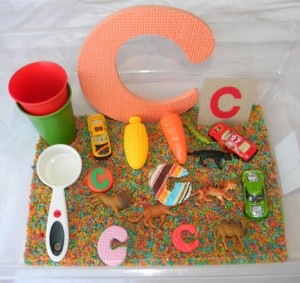 I created a Letter ‘C’ Sensory bin for Caden to explore the letter and objects that begin with the letter. I used dyed alphabet pasta as the base of the sensory bin, but any type of dry pouring item will work such as rice, bean or small pasta and even salt. Caden enjoys using Cups to scoop and pour the pasta. 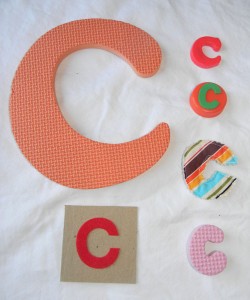 I also added as many ‘C’s I could find. This includes letter magnets, puzzle pieces, foam letters from the foam mat, a felt letter card (inspired by Inner Child Fun) and letter bottle caps. 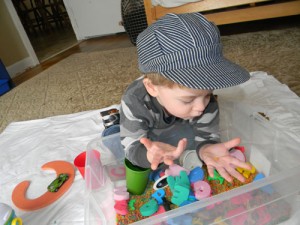 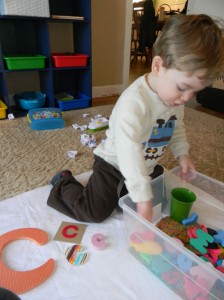 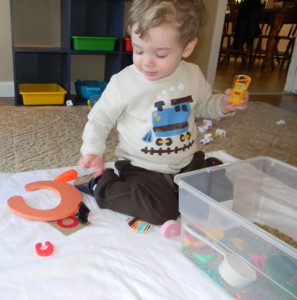 This is a very simple sensory bin and you likely will have everything on hand.

« What have we been up to?: December
Gross Motor Challenge: Week 1 »