Last week was a rough week for us here, so  we didn’t really get to what I had planned. And honestly I wasn’t too enthusiastic with the plans myself so I decided it was a good time for us to practice some child-led learning. I’ve been drawn to this method of natural learning from the beginning and most of our summer was spent doing lots of great child-led learning. Right now I am contemplating continuing on this path. It is really hard on me to plan activities that Caden then has no interest in doing. Our days go better when I engage him in activities he chooses. So today I’ve been inspired by Rachel of Racheous- Lovable Learning to share some of the child-led learning activities we did last week. 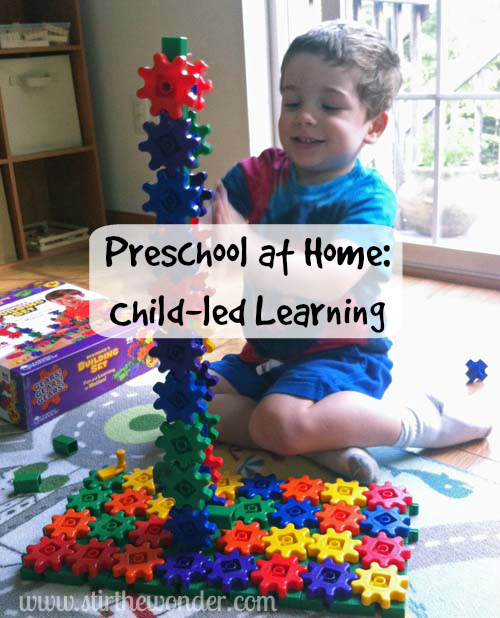 Caden loves to play with building toys. Last week I brought out a few building toys that we haven’t played with in a while. They were a hit and Caden’s skills have really improved since we last play with them. He was able to do much more building on his own this time!

We love these Gears from Learning Resources! We had so much fun building this tall gears tower and getting them all spinning with the crank! 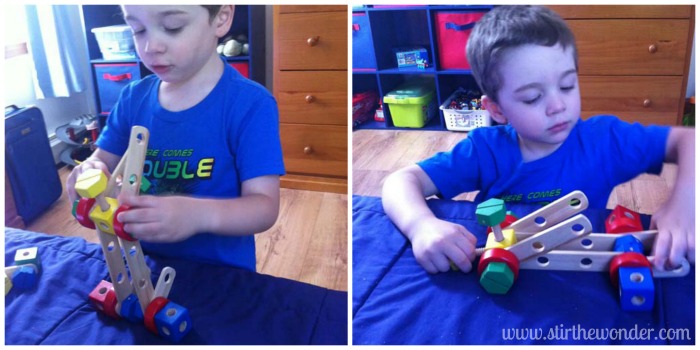 We also had fun building our own transformer robot car with these Construction Set in a Box from Melissa and Doug! Caden is super into Transformers these days and it was so need to listen to his building ideas and help him build it! 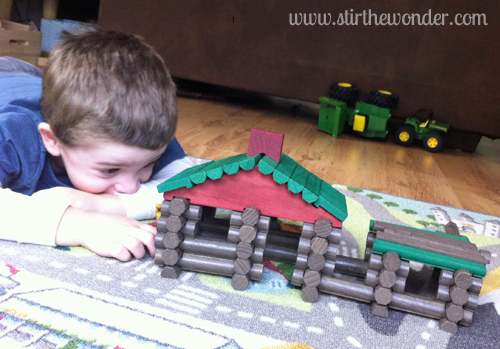 Last week we also read My First Little House: A Little Prairie House which he picked out on his own from the library, much to my delight! He was so interested in how they built their house that we dug the Lincoln Logs out of the closet and built our own log cabin. He enjoyed playing with the logs and helping me build the house. 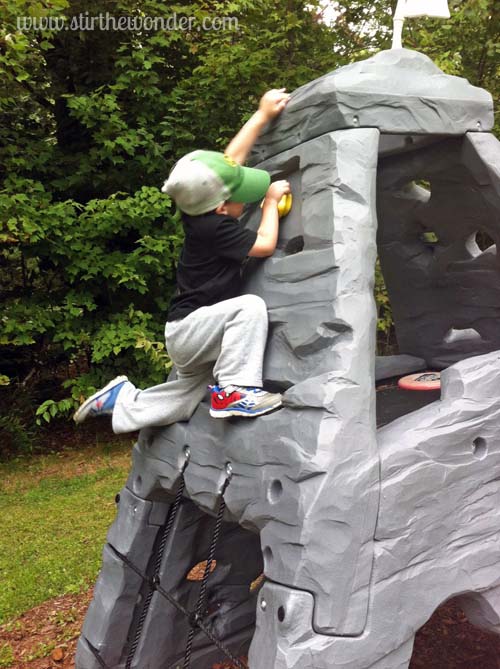 Caden is a high energy little boy, so we take lots of breaks throughout the day to run around and play outside! Recently Caden has mastered climbing on his Step 2 Skyward Summit mountain climber! He is now able to go up and down on his own! But I still make sure I stand at the bottom if he falls. 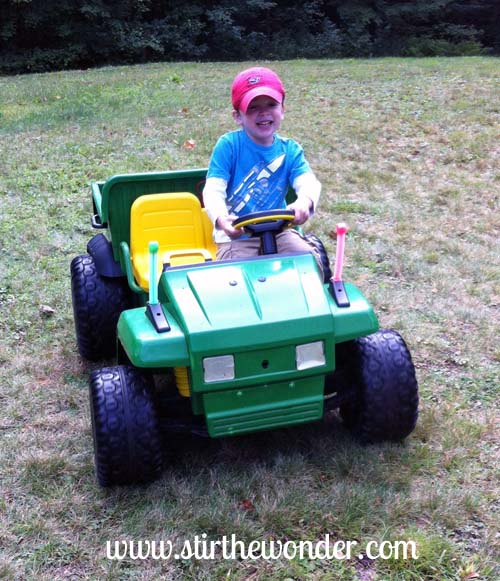 Caden also loves to drive his John Deere Gator (link for new version, ours is a hand-me-down from a neighbor) around the yard! He has gotten so good at driving that he probably drives better than some teens with a learners permit! 😉 He can back up, turn around and park it in the “garage” aka the space under the deck. He can even pass through narrow paths between the cars without hitting them!

We also run daily laps around the house, especially in the evenings to burn off that after dinner energy! 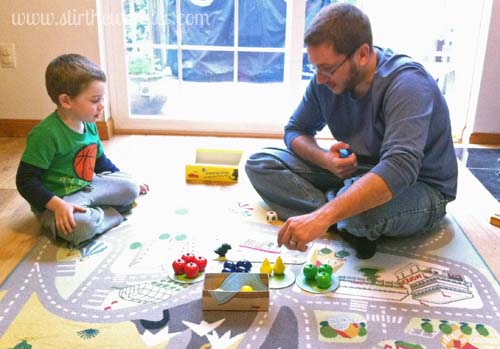 In our house, child-led learning includes playing games! One of Caden’s favorite games is this Haba, My Very First Games- My First Orchard game! It’s great for learning basic game skills such as taking turns, as well as reinforces colors and counting skills! This is one of the only board games Caden will play, so it gets played with often.

Caden also had fun drawing on our Ikea easel with chalk and dry-erase markers. I had recently brought this easel up from the basement and he has enjoyed drawing on it again.