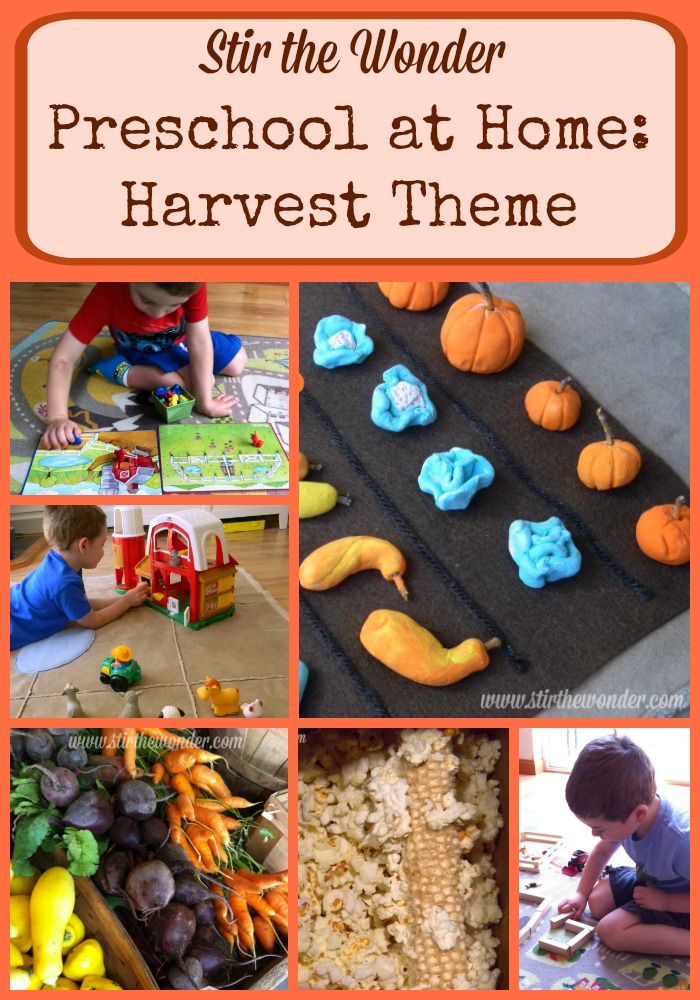 Last week we started our first official week of Preschool at Home with a Harvest Theme. So far we have enjoyed using the free homeschool companion guide from Wee Folk Art. Because of the holiday and some appointments we didn’t get to do everything I had planned, but we still have fun nonetheless! 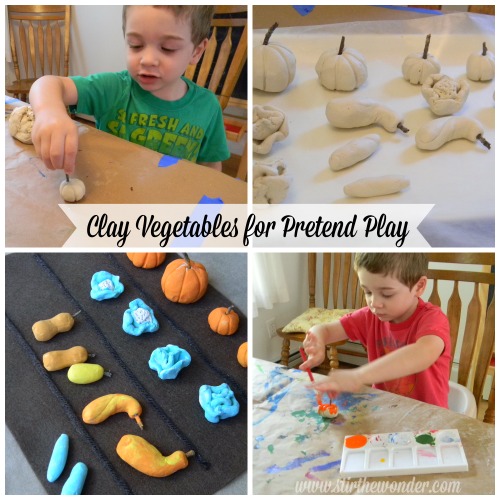 We had so much fun sculpting mini vegetables out of air dry clay. We made pumpkins, and a variety of squash, lettuce and cauliflower! After the clay completely dried we painted them with tempera paint. We’ve had so much fun playing with them and our Little People Barn. You can also use them to practice sorting and graphing! 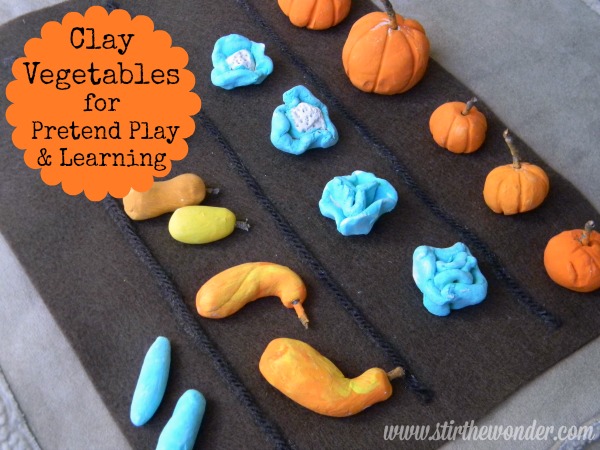 Another way we incorporated math into our playful, hands-on learning was with this Friendly Farm Math Activity Set from Learning Resources! Last week we just played with the animals and play mats since it was a new toy. Later this month and throughout the rest of this seasonal unit we will use it to explore and learn about matching, counting and sorting! 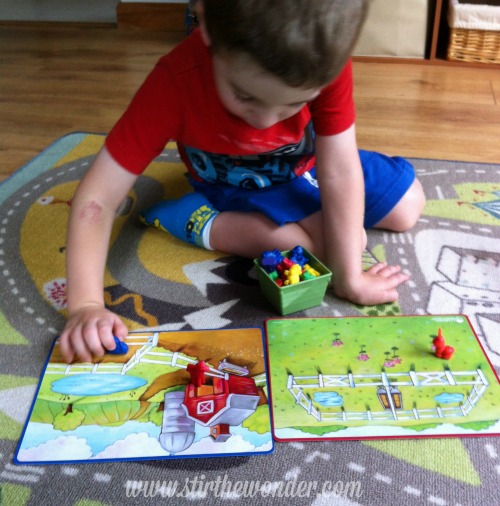 Throughout the week, Caden played with his farm animals and farm equipment toys. One day he set up a mini farm using some Safari ltd farm animals, a variety of tractors and Jenga blocks. Caden also still loves to play with his Little People Farm set. This toy has been a favorite of his since he got it for his first birthday!

We also took two field trips last week. The first field trip was to a local farm stand. This farm stand is a pretty big one and was full of all kinds of fresh vegetables, nuts, berries, baked goods and even meats! Caden picked up some of his favorite vegetables while he was there including some of the best corn on the cob we have ever tasted! 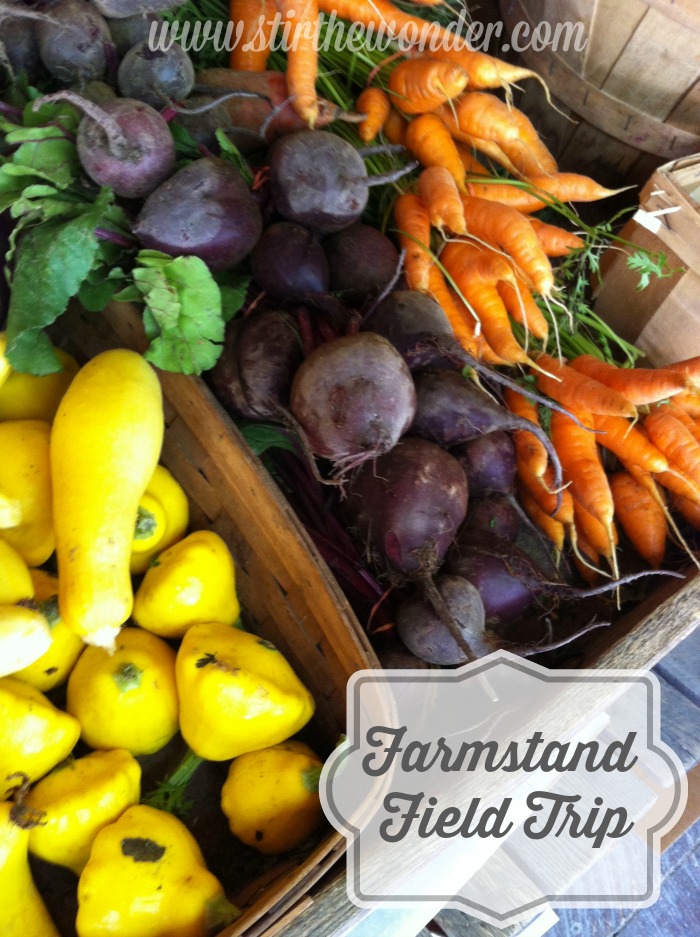 We also found something we have never seen before at this farm stand! Whole corn cobs for popping! I thought it was so neat so we picked up an ear to try after dinner! 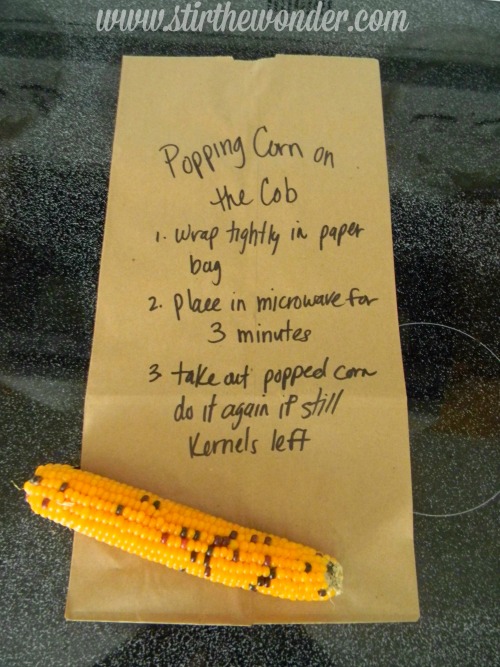 This was such a fun and easy activity and delicious too! I’m not sure if it has to be a specific kind of corn, but it is completely dried out! When we bought the corn, the woman at the farm stand said to put it in a paper bag, (the paper bag she gave us is smaller than a paper grocery bag, but bigger than a paper lunch bag), wrap the closed all the way down to the corn cob, then put it in the microwave for three minutes! This amount of time popped most of our corn kernels, but we have a very hot microwave. She said if you still have kernels left on the cob to empty the bag of popped corn and put the cob back in the microwave for a minute until all the corn is popped! One corn cob popped us a bunch of popped corn, way more than a store-bought microwave package! And it was yummy too! 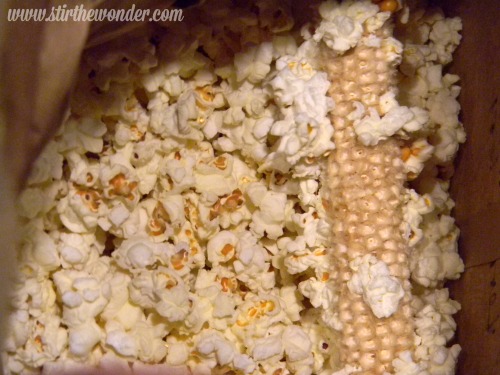 We also started a seasonal nature study for science. Be sure to read all about our Seasons’ Circle Chart! 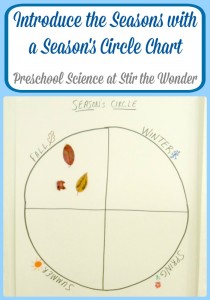 Even though we didn’t get to everything I had planned for the week, we still had a good, fun week! How was your week? What did you do for Preschool at Home?