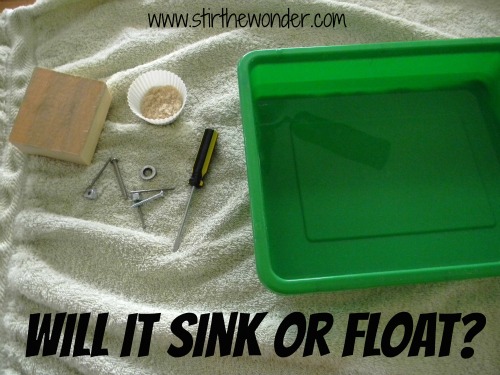 To set up this activity I first placed a bath towel on the kitchen table, I then added a small bin of water only about half full. Then I put the test objects (nuts, bolts, screws, nails, screwdriver, sawdust, block of wood) which I collected from Daddy’s tool box next to it. Some of the objects I used are small or pointy, please make sure you carefully watch your child during this experiment. I would also make sure you have a count of each object, so you don’t leave any behind after cleaning up. 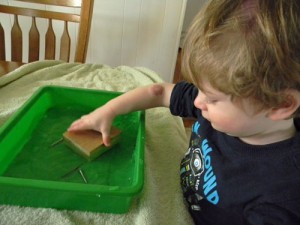 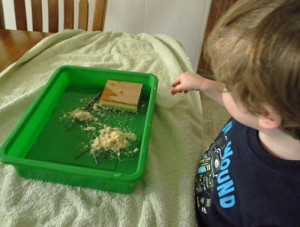 Caden quickly placed each object in the water. With each object I asked whether it sank or floated. I think after a few tests Caden understood the difference between sink and float. 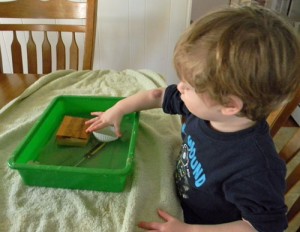 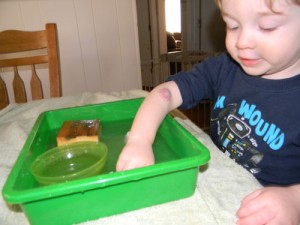 After Caden tested all the tool related objects, he tried out other things. Such as the silicone cupcake liner and a plastic bowl. 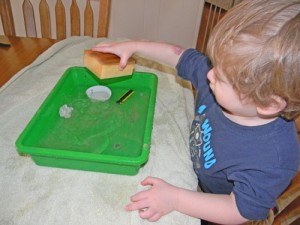 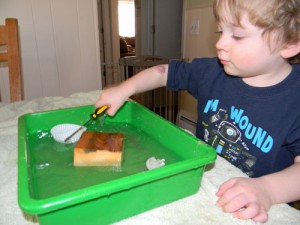 Then Caden proceeded to observe the water and what happened when he dropped the wood block or tapped it with the screwdriver. He had a lot of fun making waves and splashing in the water and it was a great way to pass the afternoon.

This is the third post in my Tools unit series. We’ve had a lot of fun learning about tools. Check out what we have done so far:

Language and Literacy: H is for Hammer