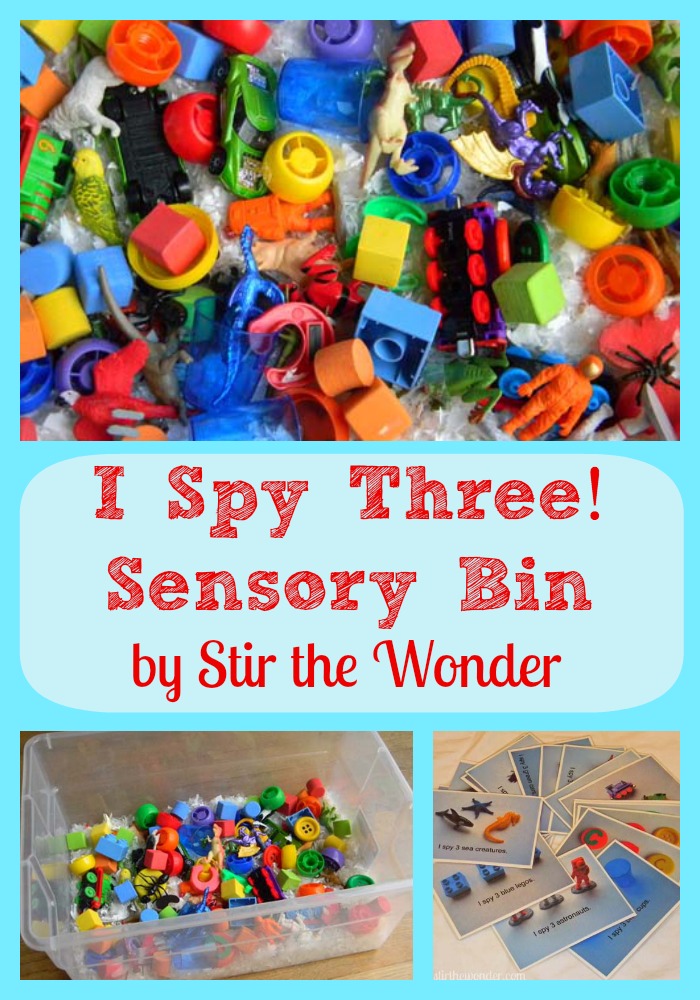 For my first Hands-On Play post I’d like to share a sensory bin I made to celebrate Caden’s third birthday! The idea with the I Spy Three! Sensory Bin is for Caden to have fun searching for some of his favorite objects (animals, bugs, cars, etc.) and to practice counting to three. 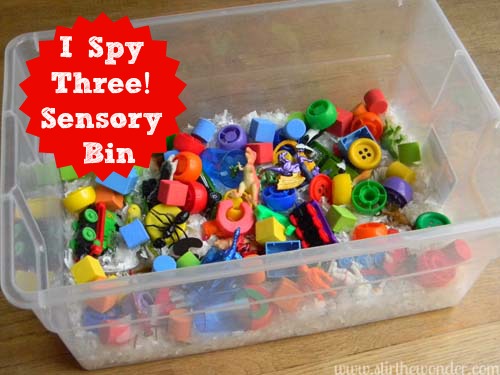 I had a lot of fun putting this together for him! I used fake snow as the base, but any base sensory material will do. Rice would be great too! And then I gathered three of each object to put in, such as three trains, or three sea creatures. When I had gathered all the items I planned to use in the bin, I arranged them on a white background and took some photos. In Photoshop I edited the photos and added some text “I spy 3…”. If you don’t have Photoshop you can use picmonkey.com or just print out the pictures and write on them with permanent marker. Once I printed my photos, I laminated them for durability. Punching a hole in the corner and attaching them to a ring might also be a good idea. 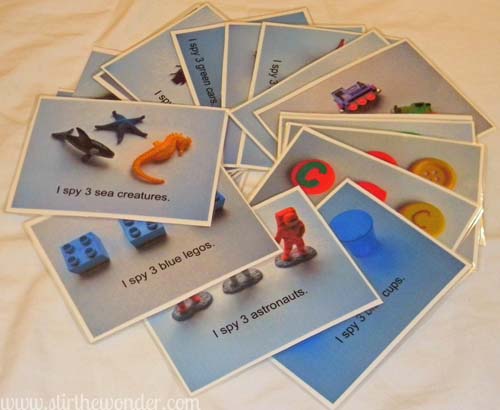 Initially, when Caden played with this bin he was a little overwhelmed by the amount of objects in the bin and he had a hard time finding the items on the picture card. So I took out all the extra pieces that I had thrown in and cut down on a lot of the visual clutter. 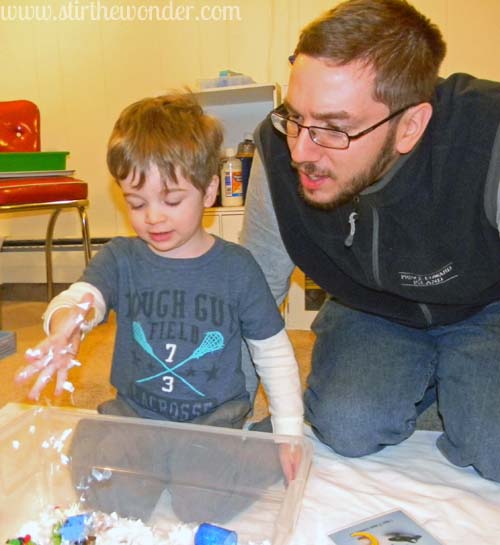 Caden also had a little difficulty getting over the fake snow sticking to his hands. So instead of trying to get him to look for the items on the picture card I just let him explore what was in the bin and play on his own. 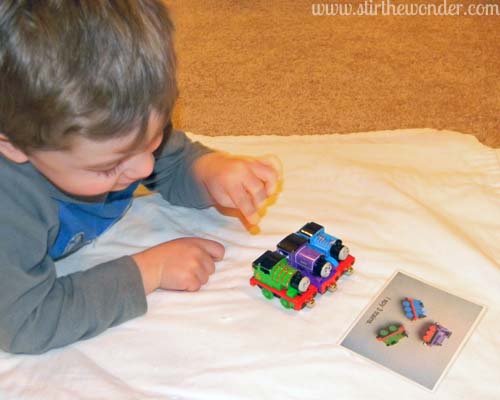 The next time Caden played with the bin he did a little better at finding the items on the picture cards. But he decided it was more fun to just play with the items in the bin instead of looking for them. And that’s ok too! At three years old it’s all about having fun! 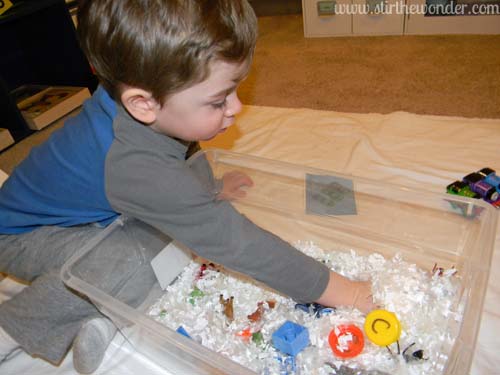