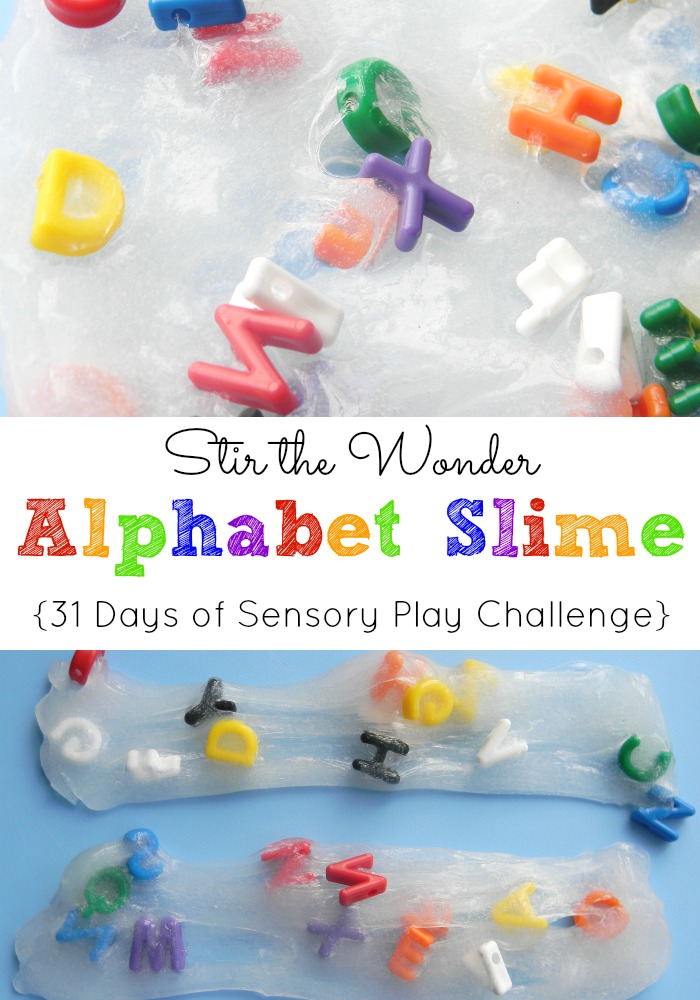 This month we are participating in the 31 Days of Sensory Play Challenge hosted by Adventures of Adam. I signed us up to play with slime and boy was this a challenge! We made an alphabet slime and despite following this Liquid Starch Slime Recipe from Little Bins for Little Hands and consulting the post from Fun at Home with Kids on How to Fix Slime that Didn’t Work, I still don’t think this slime turned out quite right, but Caden had fun playing with it anyway! Hopefully I can mix up a good batch of slime another time for the full slime experience! 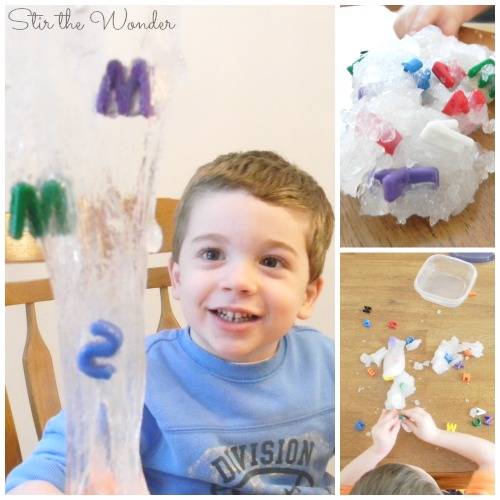 To create this slime I used:

I mixed up the slime according to the above recipe, but for some reason the slime was very stiff and crumbly. I did some troubleshooting with a couple of friends who suggested adding more glue or adding more starch. I did both to see what would work best, they both seemed to help to some extent. It was also suggested that clear glue makes a stiffer slime so I’ll have to try white glue next time. It also might have been my lack of experience in making slime that caused this issue. Who knows?!

But Caden enjoyed playing with this slime regardless and had fun rescuing the letters from the slime. He also loved squishing the slime into a crumbly mess which is a sensory experience in and of itself, just not a slimy one.

This post is part of the 31 Days of Sensory Play Challenge! For more great sensory play ideas click on the image below. 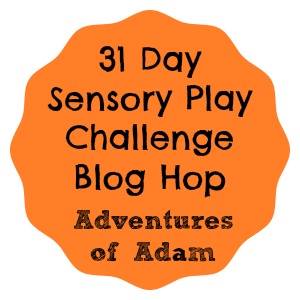