Whether it’s Winter or the year for the Winter Olympics, this Winter Sport Sensory Small World will be a lot of fun for your children! 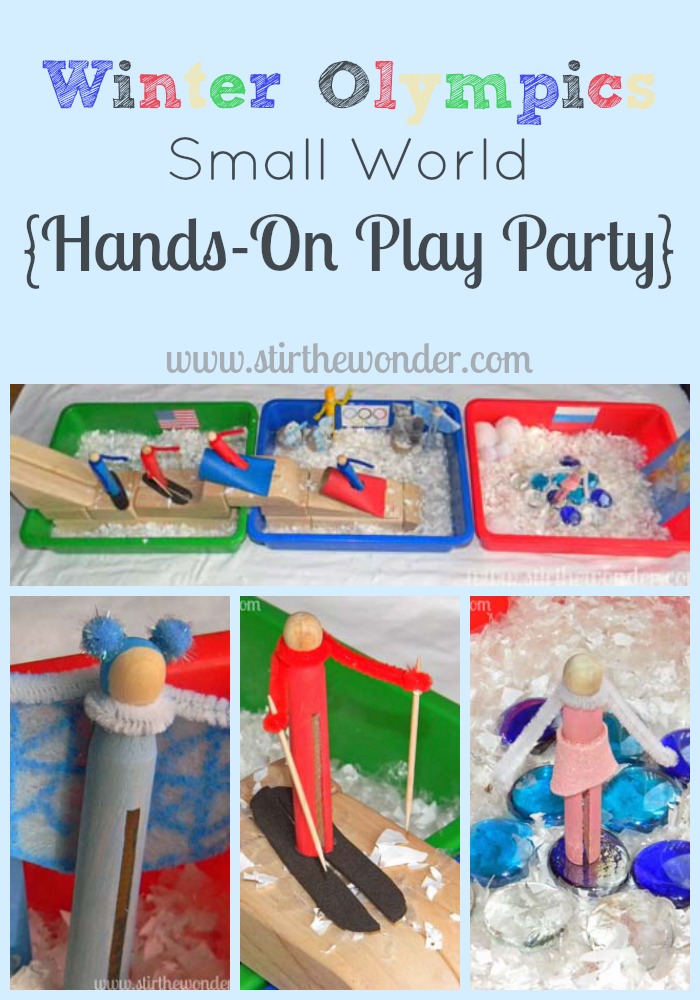 I am so excited to share with you our Winter Olympics Small World! I had so much fun planning this and putting it together! Maybe even more than Caden! The idea came to me when I received a fun package as a free gift from CraftProjectIdeas.com that included these great little wooden peg people, acrylic paints, paint brushes with a new child’s art apron, pipe cleaners and more! I was also trying to think of a way to playfully teach Caden all about the upcoming Winter Olympics! After the success of our Snowy Winter Small World Sensory Bin, I thought a Winter Olympics Small World would be the perfect way!

To set this up I started by planning out what I wanted to include in our Winter Olympics arena. I chose to include a skier, snowboarder, two bobsledders, a figure skater and the Sochi Winter Olympics Mascots. A few days before setting this up Caden helped me paint the wooden peg people (a gift from CraftProjectIdeas.com). Psst! Come back on Friday for more details on how to make your own Olympic athletes!

On Sunday morning while Caden was out with Daddy, I carefully set up the Winter Olympics Arena. I added a third bin to our Snowy Winter Small World Sensory Bin and grabbed a few more wooden blocks to create a ski slope/snowboard half-pipe/bobsled track. 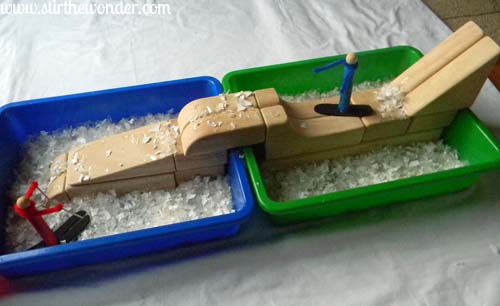 Then I added some large blue and clear glass stones to create a figure skating ice rink. Caden enjoyed playing with these stones the most and had fun rearranging the ice rink. 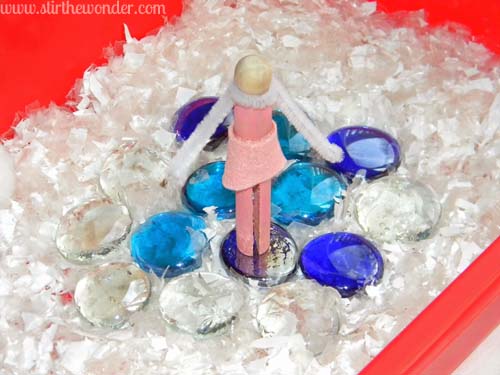 For a final finishing touch I printed out the images of the Olympic rings, the United States flag and the Russian flag and taped them to the sides of the bins. 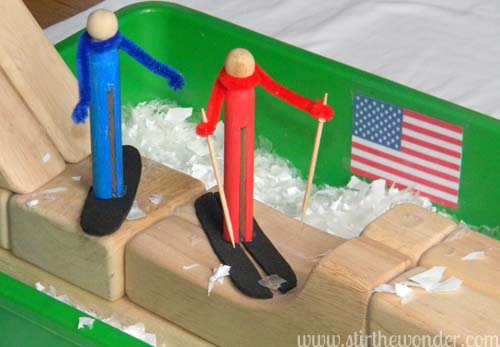 Later that afternoon Caden finally saw what I had set up for him! He and Daddy enjoyed checking out the set up, and playing with the skier and snowboarder. 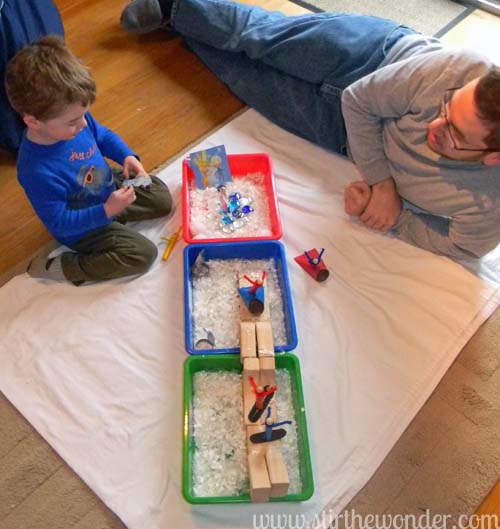 I am hoping that once he sees some of the Olympic athletes in action that he will be more interested in playing with these figures and have a better idea of how to play with them. And I can’t wait to show him the opening ceremony! That was always my favorite part of the Olympic Games!